District government officials agreed this Sunshine Week that they have made progress toward increasing transparency, but concede they still have room to improve.

District government officials agreed this Sunshine Week that they have made progress toward increasing transparency, but concede they still have room to improve. 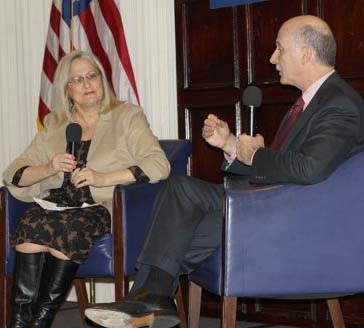 a light on the work that happens down at the Wilson Building,” said Councilmember Kenyan R. McDuffie (Ward 5), chair of the Council’s Government Operations Committee, in opening remarks at the second annual D.C. Open Government Summit convened by the D.C. Open Government Coalition, the Society of Professional Journalists – D.C. Professional Chapter, the American University School of Communications – Journalism Division, and the National Press Club Freedom of the Press Committee March 13.

Transparency advocates commended the Council for enacting a new Open Meetings Act two years ago. But, based on a recently completed audit of agency compliance with the new law, they said compliance is inconsistent and often poor. The audit conducted for the Coalition by the American Civil Liberties Union of the National Capital Area, assessed compliance by 27 boards and commissions during a one-year period beginning in April 2011. The Coalition found that required information — notices of scheduled meetings, agendas and minutes — was absent from public bodies’ websites or was published only some of the time.

The audit reviewed information related to 307 meetings of District boards and commissions. It found 25 percent were closed to the public, and bodies often failed to provide notice of planned closures or the legal bases for closure. Of the 27 bodies reviewed, 22 failed to provide full records online and the Coalition gave 17 of them grades of “C” or worse.

D.C. Council Chairman Phil Mendelson, while expressing support for transparency, told the more than 100 summit attendees he expects there always will be disagreement over whether the D.C. government is transparent enough. “There are degrees to what is acceptable to everybody,” he said.

Amid criticism that District officials have been slow to fully embrace transparency, James McLaughlin, co-chair of the Coalition’s Legal Committee, addressed the Council’s reluctance to comply last year with a Freedom of Information Act request for emails councilmembers and their staffs exchanged from personal accounts that were related to government business. Emails exchanged from government accounts are generally available as public records, but the Council claimed emails stored in private accounts were not in the government’s possession and not subject to FOIA.

The Coalition sued to obtain those emails. “What matters is the nature of the [email] — the functional purpose it served,” not the account it happened to be hosted on,

according to McLaughlin. The Council eventually agreed, and settled the lawsuit. David Zvenyach, its general counsel, explained that the Council adopted a policy directing members and employees to use their government email accounts for government business. If messages are exchanged from private accounts members and employees must ensure they become part of a government record by forwarding copies to their government accounts, he added. In appropriate circumstances members may be required to search their private accounts for emails responsive to FOIA requests.

The 2010 open meetings law established the D.C. Open Government Office, which is to oversee the open meetings and open records laws, including resolving disputes related to access and providing training for government employees. But the Office has never been staffed. Robert Spagnoletti, chair of the D.C. Board of Ethics and Government Accountability, which will oversee the new Office, told the summit audience a director will be appointed by April 2013.

Harnessing technology and ensuring employees know the law are key to improving the open government climate in the District, said Coalition legal committee co-chairman Fritz Mulhauser. “We’ve got a long way to go to have this statute working well,” he added.

The summit was part of Sunshine Week, an annual initiative held nationally in March to encourage dialogue about open government and freedom of information.

By Chris Martin, a journalism graduate student at the American University School of Communication. Photos by Kenya Downs, a graduate fellow at AU